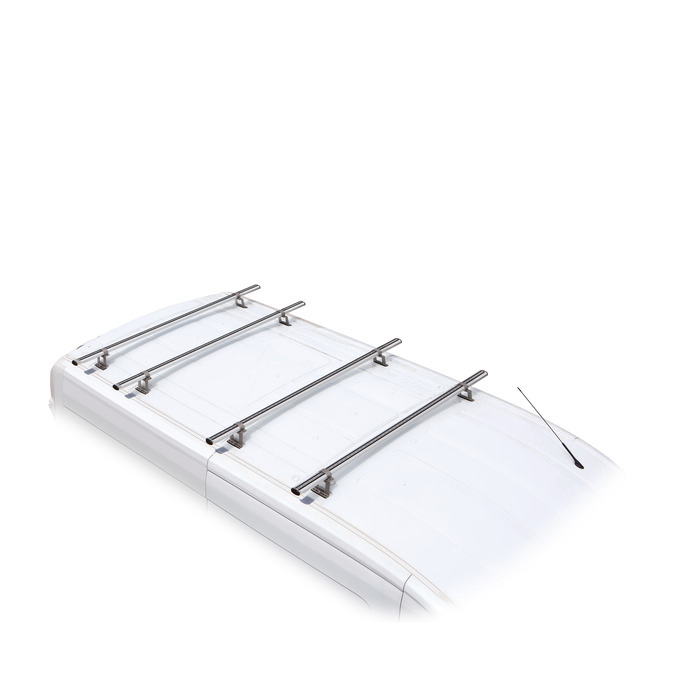 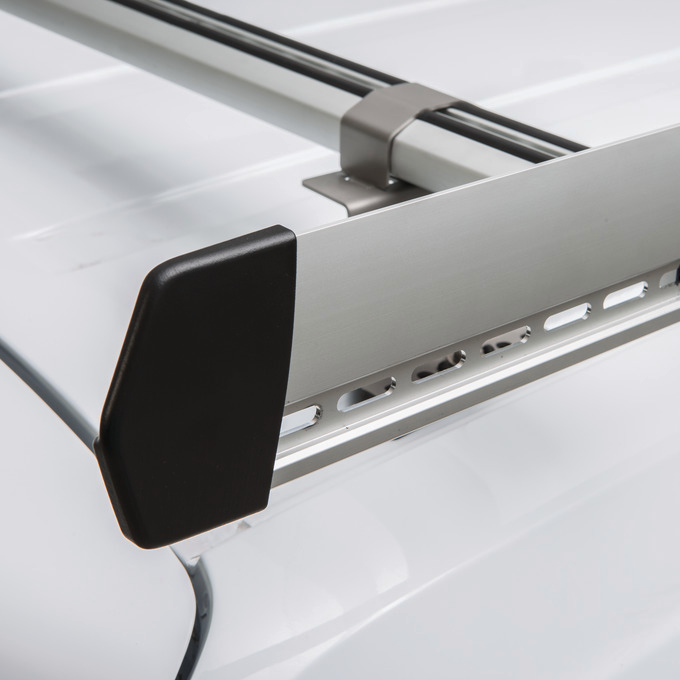 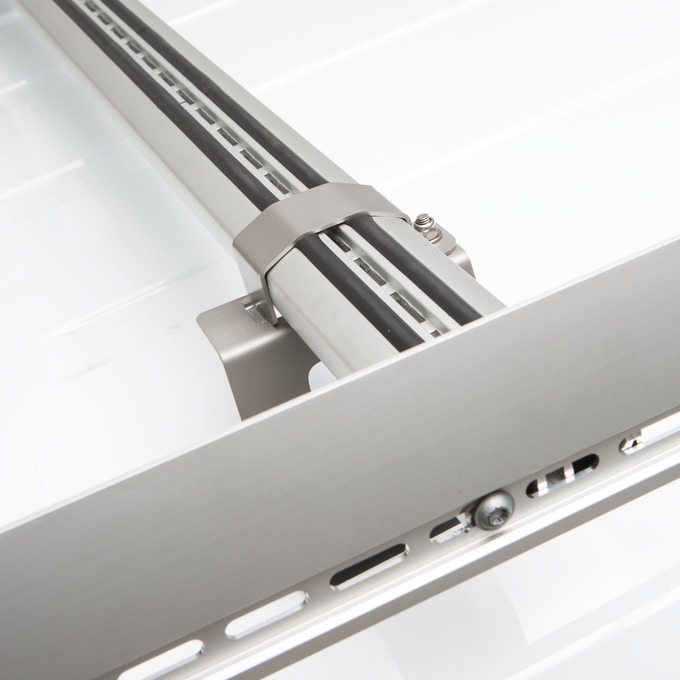 The set consists of four cross members with a length of 1450 mm, enabling the roof surface to be fully utilised. The TopSystem thereby ensures that the maximum loading area is at your disposal.

You can make new stowage space accessible for your van with this set. The Sortimo TopSystem roof rack not only provides for an additional loading surface but also enables the secure transport of bulky and long objects. The minimal net weight of the roof rack by means of its light weight construction enables a maximum payload. The load capacity of the Sortimo TopSystem lies at up to 50 kg per cross member. Additionally in this regard, the maximum roof load of the vehicle should be observed. The aerodynamic design has a positive effect on the noise emission during transit and on the fuel consumption as well. Furthermore the TopSystem has a long service life thanks to its corrosion resistant materials. The optionally integrated ProSafe lashing system enables a quick and simple load securing at the highest level. Extend your roof rack with practical aids using the TopSystem accessories, such as the load stopper (Ref. No.: 1000005398), which help you to carry out load securing in no time at all – so that you are quicker on the road and at your customer. The pictures displayed are examples of possibilities, which can vary depending on the selected vehicle.(Pictures are similar, decorative material not included; delivery only within UK and Ireland)
Technical Details
Technical details
Reviews
Give us your opinion on this product:
Documents & Downloads
Safety instructions Sortimo TopSystem
Assembly instructions TopSystem 4 cross beams for T5 and T6
We recommend the following